my cousin had to go so im uploading it for him, im pretty sure he said it was an idea from @CosmicWarlord 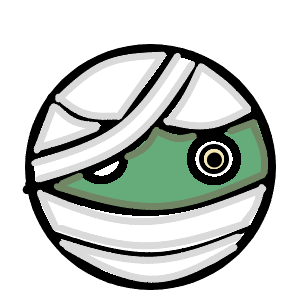 if u have any other evol ideas than state them here

This has to be for offense bc defense is filled up

Give different/better stats related to offense.
Maybe make an ability

I had an idea for the abil and wow it might be op. Wed have to make stats like a berserkers tho if we use my idea

@CosmicWarlord i asked him, he said maybe the ability can be they can go underground and they pop up after going to a certain place but since that would be op hit damage will be less

Basically during its abil it has berserk power. But it can click on one person in minimap. They will teleport halfway to tht person and berserk will start. Tht person will be blue in minimap until death and if the mummy kills the target they get extra 10k

I was busy and not in my batcave

so what skin is that?

What do u mean

Yes. Were in this topic…

ok so are the evols done???

For this round prob. Just need some touching up/balancing/finishing/approval/and unanimous agreement. Then implementation